* In case of any delay in receiving the OTP, you may verify it later. Please proceed without verification.

Enter your City name or Pincode

Telangana, the recently formed Indian state, embraces the town of Sirsilla along Manair or Maneru river, as a municipality in Karimnagar District of Telangana. The word “sirishala”, which means centre of wealth in the local language, has attributed this small town in Telangana its name Sircilla or Sirsilla. The power looms and textile industries, which are based here, have made Sirsilla a widely known town across the state of Telangana. The renowned persons having association with the town of Sirsilla include Jnanpith Award winner Dr. C. Narayana Reddy, Hanmajipet’s Oggu Katha singer Midde Ramulu and Telangana Rebellion activist and freedom fighter Anabheri Prabhakar Rao. 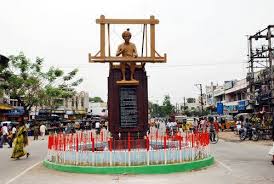 The state government unit of Telangana State Tourism Development Corporation (TSTDC) is supporting tourism in Sirsilla, which is associated with the scenic locations as well as religious sites in and around this town, most of these being the temples situated in the town of Vemulavada in Telangana, sited within 12 Kilometres of Sirsilla. A wide number of local temples, which are positioned near Sirsilla, make this town known widely among the masses, since these temples near Sirsilla serve as pilgrimages and are visited every year by people arriving there from far and near. The most popular religious sites near Sirsilla, some of which are historically quite significant too, include the Dakshana Kashi temple and Sri Raja Rajeshwara Swamy Temple in Vemulavada. Various other small temples encircle the Sri Rajeshwara Swamy Temple as parts of the temple complex, which is considered to be a holy place by the Muslims and the Hindus alike.  These religious sites, along with the Hanuman Temple, which are placed in and around Sircilla, make this town in Karimnagar quite a popular tourist site in Telangana. The Sirsilla Textile Park at Baddenapally, which portrays the evolution of the textile industry from handlooms to powerlooms, is also an interesting site. It is one of the must-visit sites for the tourists in Sirsilla apart from the Lower Manair Dam, which is also a scenic and exotic place to explore in Sirsilla.

Sirsilla Municipality is the concerned administrative unit that looks after the governance of Sircilla, this town being a constituent of District Karimnagar. L.M.D. Karimnagar is the authorized body for the water supply in Sirsilla, water being brought into the town along pipeline after filtration at 8.50 LMD plant. Construction of a tank and a dam has been proposed as a part of the Upper Manair Dam Project.

Localities or Areas in Sircilla

Over the years Sirsilla has emerged as a popular textile hub and a leading center for power looms, which now support many with suitable options for employment. Many incidences, heritages and persons have contributed immensely towards the growth of Sirsilla as a major town in Telengana. Some of the most notable persons in the history of Sirsilla, who had been the pioneers in the areas of textile business and other leading industries, were Pathipaka Vishwanatham Seth, Mr. Chowki Narsappa and Mr. Laxmaiah Gudla. Although the weaving industry in Sirsilla has grown to a major one in the region, in the initial years of the 2nd millennium the power looms of Sirsilla underwent a chaotic phase, which made a number of weavers commit even suicide. 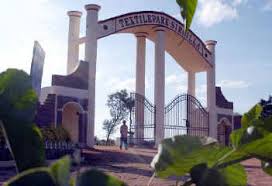 History of Sirsilla owes much to Pathipaka Vishwanathan Seth, who is known to have contributed immensely towards the establishment of Sirsilla as a popular town. A wide number of Hindu temples in Sirsilla were built by Pathipaka Vishwanathan Seth, who gifted his land as well for the construction of the Government Junior College in Sirsilla. The land, on which Geeta Ashramam of Vidyanagar was constructed was also donated by him.

In 1951 Mr. Pathipaka Vishwanathan Seth pioneered the set up of the powerloom trade in Sirsilla. He was also the man behind the construction of the first movie theater in the town of Sirsilla, which was inaugurated in 1941 as Sri Raja Rajeshwara Theater. In the olden days, when electricity was unavailable here, dynamo was used at the theater to entertain the local people. However, this historic theater in Sirsilla has been now replaced by a commercial complex.

The latitudinal coordinate of Sirsilla is 18.38oN whereas its longitudinal coordinate is 78.83oE. Elevated to about 1056 feet or 322 metres above sea level, this town in Telangana serves as the home to around 1,22,368 citizens as the records of the 2011 census reports have established. The official language of Sirsilla is Telugu, the town being administrated as a part of Karimnagar in Telangana. In Sirsilla males and females both comprise 50% of the total population, 6 years being the age of 12% of the entire population here.

Economy of Sirsilla is based primarily on the textile industries situated here and the workers employed at the textile dyeing units along with the weavers constitute 80% of the working people in Sirsilla. Cotton and polyester threads are used as raw materials by the weavers of Sirsilla. The local fruit and vegetable market in Sirsilla also contributes towards the economy of this town to a considerable amount by being a primary hub for the vendors of fruits, vegetables and other consumable items.

The inception of the textile industry in Sirsilla is associated with Mr. Laxmaiah Gudla, who began his business as a retailer of sarees and other types of clothing in this town. Businesses in Sirsilla also developed in the past with the set up of the first printing press in this town by Mr. Chowki Narsappa. In the earlier days the weavers were able to buy lands at affordable rates, which allowed them to establish their own businesses of textile manufacturing and textile retailing. Till day, this convenience is known to be offered to the local people desiring to establish their own textile trade, which in turn, is providing employment to many.

History of emergence of Sirsilla as a popular textile hub has been displayed at the Baddenapally textile park, which is situated within just 5 Kilometres of the town. From the days of its beginning up to its present scenario in the modern times – the technology of looming is the main theme at this textile park, which has been demonstrated here with different types of looms and models of looms that range from the manually run ancient ones to the hi-tech automatic power looms of recent times.

Comments / Discussion Board - About Sirsilla